Accommodation for Golf Events in Scotland

Scotland hosts many world class golfing events as part of either the European Tour or Major championships, mostly held on either coastal links courses or moorland golf courses. There is a wealth of quality self catering accommodation for golf events available in Scotland, but early booking is imperative to avoid disappointment as all of the tournaments are extremely popular and hotels, bed and breakfasts as well as holiday cottages are usually fully booked months (if not years!) before. 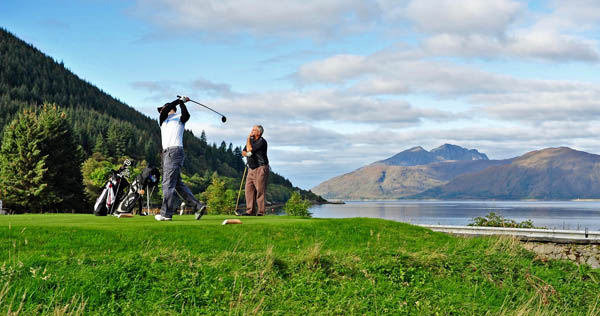 One of the most picturesque golfing events used to be held on the banks of Loch Lomond, played at Loch Lomond Golf Club. The course was designed by Jay Morrish and Tom Weiskopf, and is widely regarded to be among the top 100 golf courses in the world. The course is of parkland type and plays 7,100 yards long. The readers of golfing magazine Bunkered, voted the course to be the best in Scotland and were also ranked a top 50 course in the world by Golfing Magazine. There are many self catering cottages to choose from in the Loch Lomond area, within easy reach of The Loch Lomond Golf Club if you want to watch some excellent golf at the Scottish Open. In recent years the Scottish Open has twice been held in Gullane, on the East Lothian coast, where top golfers from battle it out over 4 days in July on this testing links course. Renting golfing accommodation in East Lothian gives you an opportunity to play on many courses near Gullane, as well as watching championship golf whilst on vacation.

In 2018 the first European Golf Team Championship held on the PGA Centenary Course at Gleneagles Hotel, Perthshire (which was host for the Ryder Cup in 2014). The course was created by Jack Nicklaus. He described the course as 'the finest parcel of land in the world I have ever been given to work with'. The tees are graded at each hole in five stages, including 6,558 yards from the white tees down to 5,072 from the red. The course begins by playing south east towards The Glen, sweeping up the Ochil Hills towards the summit of the pass below Ben Shee which joins it to Glen Devon. Perthshire has a wealth of superb golfing accommodation available, so if you are looking for accommodation near Gleneagles then you will have lots of choice.

Usually held in October at three different locations; Carnoustie Golf Links, Angus, Kingsbarns Golf Links, Fife, and St Andrews Old Course, Fife. This is one of the most prestigious golfing events on the Euopean Tour. Past winners include Padraig Harrington, Colin Montgomerie, Nick Dougherty, Robert Karlsson and Lee Westwood. St Andrews is widely regarded as being the home of golf with the first ball being struck over 600 years ago. The final round of the Links Championship is played on the Old Course at St Andrews. Its traditional links layout is the oldest in the world, with the layout being unique and challenging, whilst the sense of history is ever present. Kingsbarns is located 6 miles south of St Andrews on the North Fife Coast and has spectacular panoramic views of the ocean. Kingsbarns is one of the finest Scottish Links courses around. Finally, Carnoustie is one of the oldest courses in the world with golf being reputedly played here since before Columbus discovered America. It is also a links course which is extremely demanding and tests even the greatest golfers. Fife offers an excellent selection of self catering accommodation to choose from, many of which are located close to all three courses that make up the Alfred Dunhill Links Championship.

One of golf's major championships changes venue every year and Scotland regularly hosts the annual event, usually in July. In 1922, the Championship committee made a declaration 'The Open shall henceforth only be played on links courses, to provide a true test for the skilled players'. Expect to see only the very best players in the world competing in the Open Championships.

In 2009 The Open was held at Turnberry, and played on the world famous Ailsa course. The course is famed for hosting an epic duel between Tom Watson and Jack Nicklaus during the four day 1977 Open Championship. The Ailsa course is one of the most picturesque is Scotland and has many famous landmarks on view from many parts of the course. These include; the Granite Dome of Ailsa Craig, the lighthouse out to sea, the low form of the Tip of Argyll, The Peaks of Arran and the site of Bruce's Castle (Robert The Bruce, King of Scotland, 1306-1329). There are lots of holiday cottages near Turnberry to let for a golfing vacation.

The 2010 and 2015 Open Championships were held on the Old Course at St Andrews. The total yardage for The Old Course is 6721. St Andrews is a mecca for golfers from all over the world and many stay here to live out their dream of playing on the Old Course. Golfing accommodation is plentiful near St Andrews and the choice of hotels or self-catering is excellent.

Carnoustie was the host for The Open in 2018 and the golf course is known as one of the toughest in the world - the longest course to host The Open and also the windiest! Other Scottish courses that have recently hosted The Open are Royal Troon in 2016 and Muirfield in 2013.

The golf tournaments listed here showcase the finest golf - Scotland, with arguably the best golf courses in the world, is a natural home for top golfing events and many plan a golf vacation around an championship. There is top quality accommodation to let whether you want to stay in Scotland to visit The Open, Dunhill Links Championship, European Championship at Gleneagles or the Scottish Open. There are of course other excellent championships where you can watch world class golf - The Ladies Scottish Open, the Senior Open Championship, The Boys Home Championship and in 2019 the Solheim Cup at Gleneagles. Do book your self-catering cottage early so you don't miss out on the best accommodation near Carnoustie, Gullane, St Andrews or Gleneagles for watching top quality golf events.