Self catering holiday in Bairgowrie, Perthshire

Blairgowrie is ideally placed for a vaction in the east of Scotland, in Perthshire. Not far from the county town of Perth, Blairgowrie is in beautiful hills and is the gateway to larger mountains.

The famous Glenshee skiing centre is just up the glen. Glenshee is the largest skiing area in Scotland with 24 tows and 2 chairlifts. There is good skiing for all abilities - plenty of nursery slopes, good intermediate and some very challenging runs for the seasoned skiier. Glas Maol at 3,500 feet is the highest point. If you are on vacation from abroad, you can hire skis and ski equipment locally and in the Glenshee resort. After a hard days skiing, you can return to your Blairgowrie holiday cottage and light the log fire!

The area surrounding Blairgowrie is famous as the home of great soft fruit including raspberries, strawberries and tayberries. If you rent a holiday cottage in Blairgowrie you can also visit nearby Dunkeld, Alyth and Kirriemuir.

Holiday activities range from skiing, fishing, pony trekking, walking to swimming, hang gliding, walking and golf. For children and family holidays there is a lot of entertainment, and even if the weather is bad you can visit the Blairgowrie leisure centre which has a swimming pool.

Golfers love this area as you are within easy reach of many 18 hole and 9 hole courses. For very keen players, there are the Championship links courses such as St Andrews and Carnoustie, and the famous Gleneagles courses. Aficionados reckon that the Rosemount Golf Course in Blairgowrie is one of the best inland courses in Scotland. It was designed by some of the great early names of Scottish golf and offers a great challenge amongst lovely scenery. There are many other great golf courses in the vicinity as well. 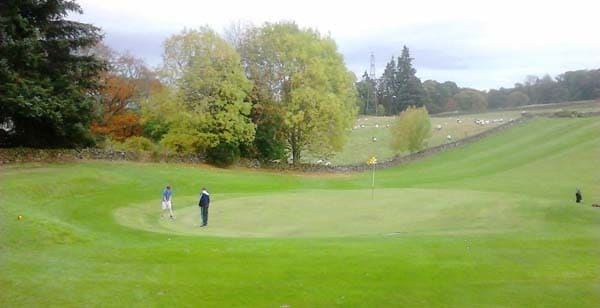 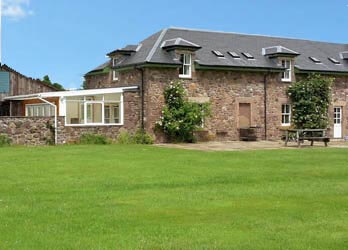 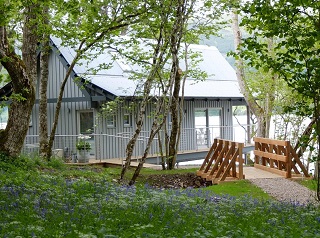 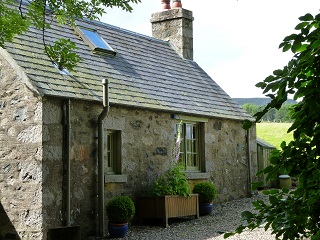 Blairgowrie and Rattray sit on either side of the River Ericht as it finds its way down from spectacular gorges in Strathmore. The River is quite fast flowing and adds a great backdrop to the town. Blairgowrie is an established settlement and it became a burgh in 1634. General Wade made a military road to Braemar during the Jacobite era, opening new routes northwards.

The River Ericht made Blairgowrie an ideal town for building mills and in 1798 the first mill was opened for flax for making linen. Others followed and today some are still evident, although not necessarily as working mills.

If the mountains in Glenshee and the Cairngorms are too daunting, there are lots of other interesting areas to walk. Between Blairgowrie and Dunkeld is the Loch of Lowes which is a Scottish Wildlife Trust reserve. You can see many species including otters or rare osprey. The world's tallest beech hedge is also nearby at Meikleour - it's also the UK's longest hedge too!