All Self-catering cottages on Scottish Islands

Although only 10 miles long and 5 miles wide, the Isle of Tiree has more sun than many other places in Britain. One of the Inner Hebrides, what it lacks in landmass it makes up for in sky, beneath which the landscape's as flat as the sea. Without any woods or hills to speak of it's a windy place, but with the Gulf Stream its winter temperatures are often above those on the mainland, and in summer the evenings are warm. While this might sound tempting for those with tents - and camping is free on the island - there are plenty of alternatives for those requiring self-catering accommodation on Tiree. Traditional Tiree holiday houses and cottages have everything you would expect from quality self-catering properties and command spectacular views of the island's magnificent beaches. Many people holiday on Tiree so they can wind-surf as it is one of the most popular places in the UK for wind-surfing. 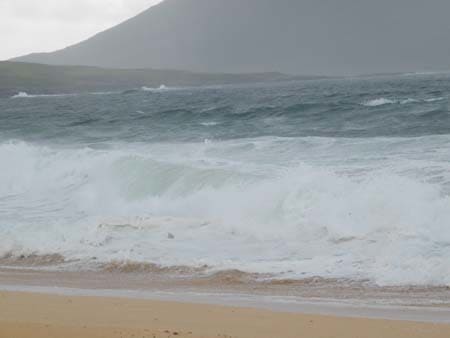 At Vaul Bay, a few miles from the main village of Scarinish, there's plenty for those with an interest in history; a nearby Pictish Broch from the 1st century AD and the 'ringing stone', a glacial granite boulder which makes a metallic sound when struck. The main road runs north-west from Scarinish which makes the village an ideal base from which to explore. Past the beach at Balephetrish Bay the road goes to Balevullin, where you'll find cosy beachside cottages. Traditional 'black houses' with dry-stone walls and thatched roofs are also available to rent, some in the middle of nature reserves. The island's most spectacular scenery is in the south-west corner, where the massive sea cliffs are home to thousands of birds. Nearby the one-mile-long Balephuil beach has plenty of cottages to rent and in nearby Hynish you'll find the Skerryvore Lighthouse, views of which can be glimpsed through the windows of numerous holiday cottages on Tiree; and should you tire of the view, many cottages are equipped with DVD players and flat-screen TVs!